So I’m trying to find information on who exactly adjudicates clearance background investigations for the lesser major executive branch agencies (I.e. commerce, transportation, interior, education)? Do each of these agencies have their own adjudication personnel that adjudicate security clearances for government employee’s employed by their respective agency?

I would only say that the agencies you mention probably have very few people with “security clearances.” However there are probably a lot of employees with some degree of “public trust.”

As to who adjudicates those public trust applications, who knows. There is also the very basic level of suitability based on the information in the OF-306 form, and that is probably handled by the individual agencies.

I found this on another clearancejobs.com web page:

Generally, suitability for a public trust can be granted based on a simple automated check of things like credit and criminal history. A favorable federal government suitability determination is the first step to a sensitive position. And it allows the government to grant limited access to sensitive information without the full costs of a security clearance background investigation.

Here’s the link to the full article, although it does not really answer your original question of who adjudicates these “public trust” postions:

What is a Public Trust Security Clearance?

Thanks for the info. I have an active TS/SCI investigation in the process and received an EOD for Jan 2021 for Dept. of Education but my investigation is still ongoing.

Hopefully somebody else with Dept of Education experience will chime in because I myself have none.

I think I found some information: 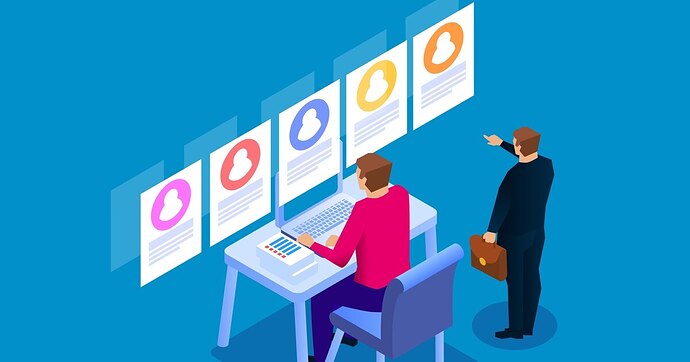 Is adjudication the weak link in security clearance improvements?

Pretty much states that each agency is responsible for their own adjudication:

“ But the investigations conducted under the new Defense Counterintelligence and Security Agency do not make a final determination of a potential employee or contractor’s suitability for work at a particular agency. Instead, each agency has adjudicators that review the information collected by DCSA, and those adjudicators issue the final stamp of approval.”

So I guess I’m cleared based on the OF306 and SF86 per personnel security and Just have to check the boxes on the final to make it permanent?

You still have an investigation and adjudication to get through.

Correct. I understand the investigation or the adjudication isn’t complete. I was just inquiring if an agency’s personnel security department conducts a preliminary suitability/security approval on your OF306 and SF86 before handing it off to an investigator if they are in a sense responsible for the adjudication. I know major agencies like DoS, DOD, DHS, etc adjudicate their own clearances but I was wondering if the other agencies adjudicate themselves as well.