I was employed by a major defense contractor from 2013 - 2020. I observed serious classified security vulnerabilities, and reported them to my employer. The FSO and his Security team ignored my concerns. (This went on for years.)
I believe I have an obligation to report such concerns until they are mitigated, so I escalated my concerns to the Defense Counterintelligence Security Agency. The D.C.S.A. agent visited my employer the next day, and disclosed my identity as the whistle blower to my FSO. As soon as the D.C.S.A. agent left the building, my FSO revoked my access to classified work.
My employer could not legally terminate me for being a whistle blower, so they sought some other “legal justification” to fire me. In January of 2020 the Security manager falsely accused me of fraudulent labor charging. (For 2 hours of work, 4 months earlier!) He then flagged my clearance and terminated me.
Because my JPAS file is flagged, no employer will hire me. Because I am unemployed, the re-adjudication of my clearance was halted. Because the re-adjudication was halted, there is no favorable decision or SOR. Without an SOR or loss of clearance, I have no right to request a hearing, and prove my innocence to a federal judge. Therefore, my JPAS file remains flagged, and I am unemployable.
I have been seeking a civilian attorney to represent me in a wrongful termination case. Not one law firm is willing to litigate against the massive defense contractor. They tell me the employer will bankrupt me long before my case goes to trial.
Recently I spoke with the FSO of a prospective employer. He told me he will not hire me (because my JPAS file is flagged) but he did offer some advice. He stated that since legal action against the employer is impossible, I should file a civil suit against the FSO. He said that a civilian FSO, employed by a civilian employer, can be litigated against for violations of employment law.
My FSO exploited a flawed system to exact his revenge, while simultaneously preventing me from appearing before an appeals judge and establishing the truth. If civil litigation against the FSO is an option, it may be my last hope. I welcome any advice you can offer on this topic.

Wow! Proof that the FSO mafia obeys their code of silence.

I have to say, I’ve never encountered anything like this. Not to say it doesn’t happen but in all my experience bouncing around the contracting world, I only ever met one person working security who was not competent at their job and had a bit of an attitude about it. Maybe I’ve been lucky.

Have you spoken to a lawyer about suing the FSO? I would think you would need
solid evidence and maybe some witnesses. But you are in a tough spot, that’s for sure.

Hey have you contacted your congressional reps? Some people have had good luck with that. I did not see it mentioned in your original post.

I have a hard time believing it myself, but trust me, I have nothing to gain by seeking solutions to things that didn’t really happen.

In 2018 my employer was winning new contracts, which increased the workload on the employees. A lot of them retired or quit. Management ignored my warnings to hire replacements. A year later the situation was a total crisis. Management was so desperate that they promoted “Security Guards” to “Security Managers.” Although I have 30 years of experience in classified IT work, some of these new “Security Managers” had never held an IT job before. The company made me subordinate to them! That isn’t what bothered me however. What bothered me was that they refused to admit they didn’t know what they were doing, and placing classified data at risk of being lost or stolen. When I made them aware of violations, and told them how to solve them, they stubbornly refused to admit they were wrong and follow my advice. They were so desperate to protect their new jobs, that when I reported violations, they would accuse me of creating them.

Yes, I’ve spoken to a lot of lawyers. I’ve retained several firms to advise me in regard to clearance law. The employer removed the FSO and transferred him to “an undisclosed overseas location” where my lawyer can’t get to him. A defamation lawyer believes I have a solid case, but also believes I must sue the employer, not the individuals. I’m still seeking an employment lawyer. Most importantly, I’m seeking a solution to the problem of my JPAS file being flagged.

@Joe_Boston, unfortunate series of events. It’s unsettling to hear about the security concerns you raised and the retaliation you have been subject to. However, retaliation has certainly become a more frequent event and one that has no consequences anymore it seems.

Interesting you mention DCSA’s involvement, they were recently involved in a settlement agreement involving a National Security Whistleblower. The Case was settled recently in 04/2022 and was in the media, however not much coverage.

Maybe you should contact an FCA/Qui Tam Attorney, they specialize in niche aspects to include Whistleblowers. The following was listed on the actual Case that settled earlier this year, the Law Firms who represented the Whistleblower were listed as "represented in the matter by “The Employment Law Group” and “Mehri & Skalet, PLLC.” Both Law Firms are located in Washington D.C. Imagine there are more articles on other Whistleblowers as well that will state who legally represented them too.

*Good luck! Hopefully you’re able to find the right Representation. Might want to try “Mehri & Skalet” first…looks like they specialize in Whistleblower litigation along with other related Employment Law. 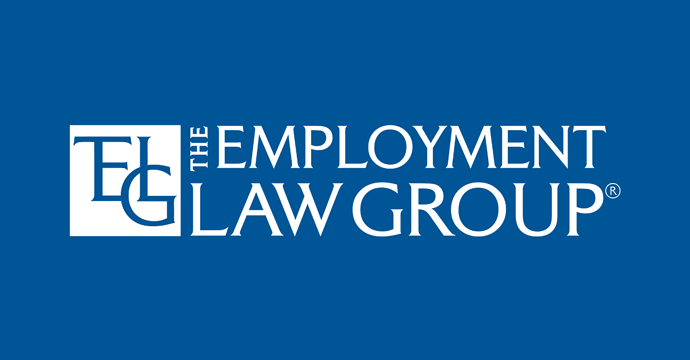 Julie Reed is represented by The Employment Law Group.