I was given a ship date of January 16th 2018, however that changed when the DoD issued a memo on October 13th.

The DoD memo on October 13th requires all lawful permanent residents (LPRs) to complete a thorough background check and receive a favorable MSSD (military service suitability determination) before being shipped. If I am not mistaken, this is a tier 5 background check. I won’t be given a ship date until this is complete.

Do any of you know how long this could take?

If you are not a U.S. citizen you are not eligible for a security clearance so I doubt they would conduct a T5 on you. However, I could be wrong, but it would require a waiver and you would still not get a clearance, just a suitability determination for military service. Depends on what checks they need done to submit the waiver.

The background investigation is a Tier 5. You will have to complete the Subject interview and answer a lot of extra questions. Marko is correct that most foreign national military candidates will not get a clearance, but you will go through the Tier 5 process.

Do any of you know how long the tier 5 background check tends to take? Example: whether I’m likely to be shipping January vs. September 2018?

Any information to that effect would help me greatly (especially in planning out my life & giving family/friends a heads-up) while in this waiting stage.

Also, thank you both for your responses and for your future response. I truly appreciate it.

A couple of my co workers recently went from an MBI (public trust - I believe a tier 2) to a tier 5 ssbi and it took them each around 12-15 months.

Hi Poolee, I am almost in the exact same situation. I signed an Army Reserve contract in August 2017 and was due to ship in Jan 2018 but the date was postponed. I am also waiting for a suitable MSSD. Has there been any change in your investigation ? Thanks

I’m at about the 7 month mark right now from my enlistment date and I still haven’t heard anything unfortunately. I will update the thread if I do.

Also, for your edification, I’d like to share that I know of a bunch of DEPers in the Navy who are green card holders who have shipped out (or given ship dates after their MSSD was adjudicated). So I hope there is some consolation in that fact. Cheers.

I am in a similar situation. I enlsited in December and am awaiting a favorable MSSD. It was only here that I found it is a Tier 5 investigation which is really very thorough and takes a long time from what I can read here.

In my situation there has been at least some progress, i had my interview already and my employers were contacted and responded already. While all this is good news, I am still worried as to whether or not the MSSD will be closed and adjudicated in 2018.
According to my recruiter it should take about 5 months to be processed but I find that hard to believe when I see how long it takes many contributors here to receive their clearance.

Cases close at different speeds. the farther away from either coast your case touches, generally, the quicker it closes.

Hi Guys, I am in the exact same situation. I enlisted in July 2017 . I had my interview and waiting for its result. Also, I found out that the American Civil Liberties Union opened a lawsuit against this law on Jun 22.

Any update in the clearance? 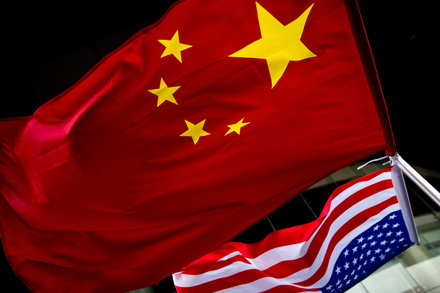 U.S. Army Reservist Is Accused of Spying for China

Ji Chaogun did not help the MAVNI cause.